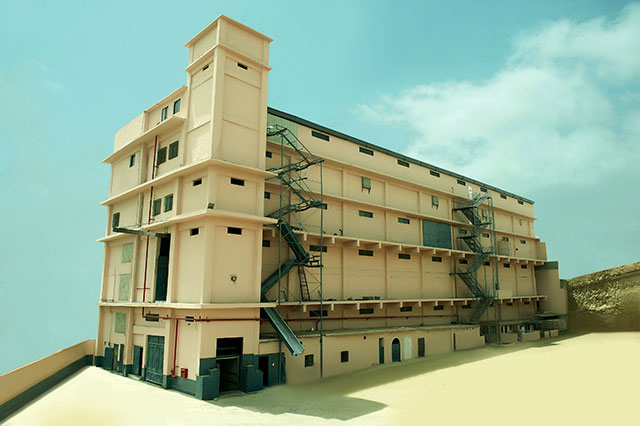 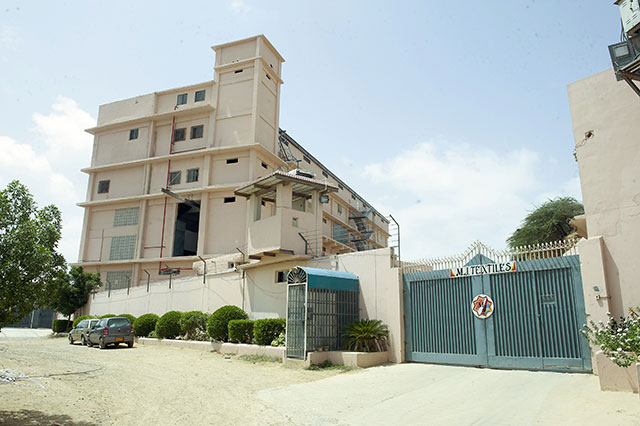 M. J. Textiles, established in 1992, is operating in several different fields of the textile industry. Based in the megalopolis of Karachi, Pakistan, but with a truly national reach and beyond, its major areas of concentration are: • Textile Manufacture • Textile Wholesale • Fabric Retail

While the Pakistan saga of M. J. Textiles began in 1949, the history of the company goes back 120 years. Originally named Walijee Nathoobhai Textile Traders, the business was first founded in 1890 by Walijee Nathoobhai, in Jetpur, India, a city that is part of the modern-day Indian state of Gujarat. Its production facility began life on a fairly small scale, with just a few handlooms, though it soon started to expand. However, the founder could not stay away for an extended period of time from the long-established family business of textile trading. After a few years, he began to import fabrics from Japan and the major focus of the business was on textile trading. To enhance the efficiency of this enterprise, the founder’s two sons, Hassan Ali and Ismailjee, set sail for Japan in 1940 and only returned to India in 1942. Despite its modest beginnings, the business continued to expand and grow, both geographically and financially.

After the subcontinent was partitioned in 1947, the two brothers made regular reconnaissance trips to the new state of Pakistan to explore business opportunities. In 1949, Hassan Ali’s son Rajab Ali, and Ismailjee’s son Ali Bhai, migrated to Pakistan at the behest of the family. With the business acumen they had inherited from several generations of a seasoned textile trading family, they established a wholesale shop in the heart of the country’s largest wholesale cloth market located on M. A. Jinnah Road, in the then capital city of Karachi. Initially, they began dealing in imported grey and dyed fabrics, which were supplied to a growing clientele of garment manufacturers, retailers and to industries for industrial use. However, when textile imports were banned by the government in the early 1960s, they switched to dealing in local brands, again with a considerable measure of success.

In 1962, the senior partners of the parent business in India decided the time had come for the two branches of the family to bifurcate their business interests. As a result, Rajab Ali established a new business in Karachi under the name of R. Hassan Ali Traders.

In the mid '80s, while specializing in the sale of 100% cotton fabrics, the business launched toll manufacturing operations under the brand name of Multitex Fabrics, with 50 power looms, providing its own specifications for yarn count and warp and weft, and supplying its own designs for manufacture.

Finally, in 1992, a company was registered, under the name and style of M. J. Textiles, to launch its own manufacturing operations. 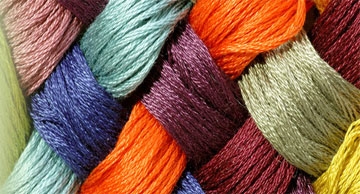 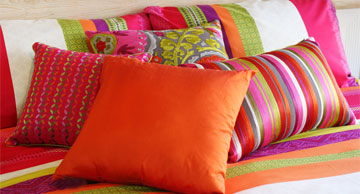 Specializing in woven fabrics and marketed under the brand name of Multitex Fabrics, M. J. Textiles currently operates approximately 700 looms, which cover a wide spectrum of handlooms, power looms and shuttle less looms, in various cities of Pakistan. Starting with an installed capacity of 200 power looms, M. J. Textiles has rapidly expanded both horizontally and vertically, steadily adding machines for Jacquard, Dobby, Leno and Drobox shuttles with four-color options, and has also added products such as grey and dyed-yarn fabrics to its fast growing range of products. Its product range currently includes, but is not restricted to, fabrics such as plain, dobby-checks, satin weave, Jacquard with 2 and 3-beam options, and rangoli with tie-dye and other dyeing options. Initially specializing in 100% cotton fabrics,     M. J. Textiles has diversified its production line by introducing other types of yarn, such as polyester, viscose, silk and fancy yarns, that are interwoven with cotton. 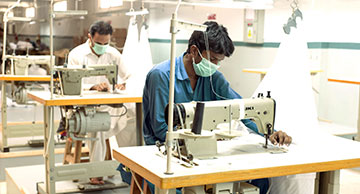 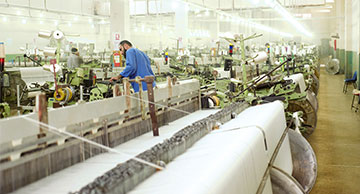